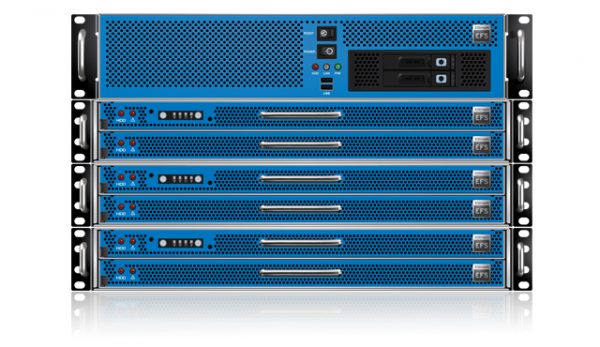 Based on 16-drive storage nodes, each with their own motherboard, CPU and hardware RAID-6 configuration, every individual storage node has read/write performance that can exceed 2GB/sec, as well as redundancy that can survive the loss of any two drives. Now shipping with 12 Gb/s backplanes and next-generation 12 Gb/s RAID controllers, the EFS 450 storage nodes are set for greater performance with faster media storage devices.

An ultra high-density enterprise-grade scale-out storage system, the minimum configuration is comprised of a single EFS Metadata Server and three XStream EFS 450 storage nodes that can provide from 96 TB to 480 TB of raw storage capacity. A fully expanded EFS 450 cluster provides over 5PB’s of capacity supporting hundreds of millions of files.

Whenever you write a file to an XStream EFS 450 cluster, pieces of your data – along with a second level of redundancy information – get spread out across multiple nodes in such a way that you get the combined speed of the nodes plus extra security that will protect your files, even if an entire node fails. All file metadata is written to redundant high-availability metadata controllers. An XStream EFS 450 system delivers blazing performance plus rock-solid reliability.

Expanding an XStream EFS 450 system is as simple as adding a new node and clicking a few buttons on a web page. In the background, pieces of data are immediately re-distributed until each node has roughly the same amount of free space. During the rebalancing process, the EFS 450 system is fully usable, and when the expansion operation completes, your system is bigger and faster than ever before. No matter how big you make your EFS 450 system, you will always have just one logical volume (or “namespace” as it is often called). That means you will never have to split up your files between multiple physical volumes just because they don’t all fit on one.

XStream EFS 450 is designed from the ground up to support end-to-end media workflows, providing ‘best in class’ scale-out shared storage. It offers outstanding integration with industry standard broadcast and post-production systems from a range of manufacturers, including our own Flow production asset management platform, supporting realtime ingest, editing and playout workflows.

Like all EditShare storage systems, XStream EFS 450 is simple to use and manage. With just a few clicks in the EditShare Manager administration tool, users can create dedicated “spaces” for different projects, expand or contract the size of those spaces on the fly (up to the total size of the storage), and of course, set user and group rights. EditShare solutions such as Flow and Ark natively understand XStream EFS storage, and thus any spaces created in XStream EFS 450 automatically appear as Asset Management and Backup/Archive locations.

While the XStream EFS 450 system was designed specifically with media production in mind, in truth it’s a great solution for any other environment that needs scale-out storage – whether that’s a research laboratory, a cloud service provider, a financial institution or a video on demand center. The file system itself includes built-in Quality of Service, Quota control, support for ACLs and Extended Attributes and much more. 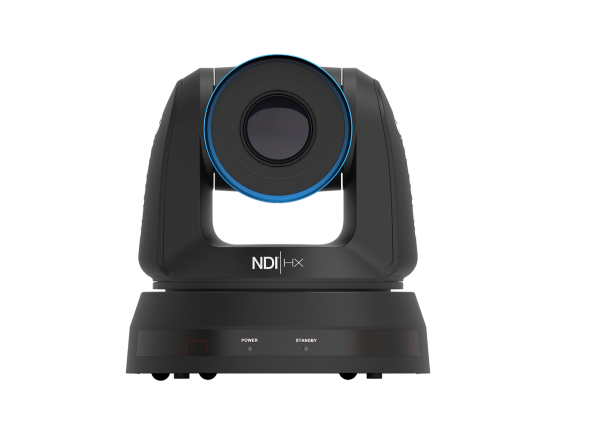 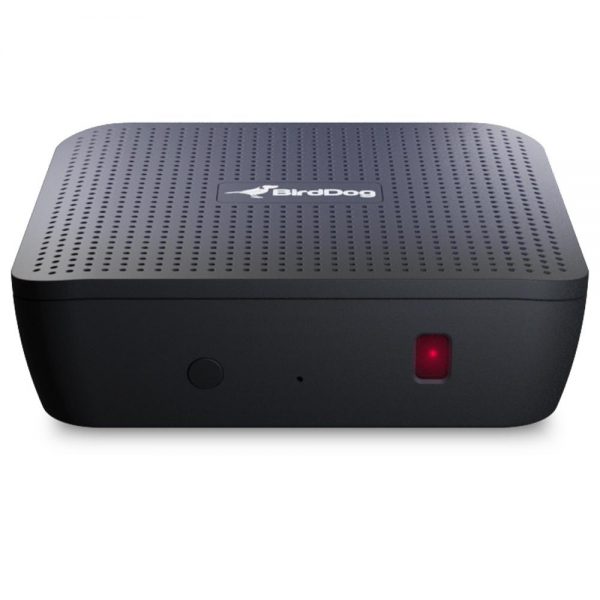