Features and functionality are densely compacted into 3U of rack space that could previously require over 10U.
• Dual 4k p60 recording (1 x input per channel)
• Up to 8 channel of 8 x 1080 p60 ISO as and switched program output (4 x per recorder channel) • Bi-directional SDI ↔ HDMI conversions with support for Quadlink SDI inputs simultaneously output to 12G SDI and HDMI 2.0
• 4k to HD down convert on loop out with DCI crop option
• Color Pipeline management with real-time transforms between Log, HDR Standards (Rec.2100 – HLG, ST.2084 and Dolby Vision)
• Built in 3D LUT box for monitoring, loop out and burn in
• Raw to Video input conversion for Raw Masters with downstream video outputs, ideal for Panasonic CineLive applications
• In-Rack HDR monitoring on 7” 1500 Nit screen with 360 backlight zones
Following the same core Atomos principles of Record, Play, Monitor and Edit, the Shogun Studio 2 allow you to over come many of the challenges faced with in live events, production galleries, post production facility MCR, video wall playout, on set DIT, sports officiating and many more.
Atomos have defined the ability to migrate away for MPEG based GOP codecs with high levels of compression and reduced color accuracy by capturing content direct from the sensors of any camera that outputs a clean fee d such as studio camera channels, Remote Pan Tilt Zoom and TX outputs from vision mixers. This also includes RAW outputs from large sensor cinematic cameras into highly efficient ProRes RAW codec or visually lossless industry standard Apple ProRes and Avid DNx edit ready codecs.

Master Your Rack
The 3RU form factor offers a toolset beyond that of a simple recorder with features that could traditionally require up to 10u of equipment. It’s short rack depth also means that it’s perfect for use in monitor bridges or small more mobile OB vehicles.

HDR and Color Pipeline Management
Supporting Log inputs from all major camera vendors to provide options for use of 3D LUTs with included Log to 709 and support for up to 8 .cube files per recorder channel. The built in AtomHDR engine also provides support for Rec.2100 standards with options to monitor in HDR for LOG, HLG and PQ with output transfers to color gamuts, HDR monitoring with EOTF transform on output options for HLG, ST.2084 PQ in Rec.2020 or DCI-P3. Realtime Dolby Vision output tunneling allows for inputs to be dynamically out put to supported HDR consumer TVs for client viewing, Gallery viewing or infield QC before final mastering via the Dolby eMCU in Post.

Video, Audio and Synchronization I/O
The rear of the Shogun Studio 2 provides grouped connectivity for each of the recorder channels with 12G, 6G, 3G (single, Dual, Quad) and 1.5B SDI I/O, HDMI with support for both the inputs and outs along side XLR audio I/O, Genlock and LTC input as well as loop through. Bi-directional SDI & HDMI signal convertors easily allowing the use of HDMI equipment such as DSLRs on input for routing to a mixer or LCD screens in the gallery to take a feed from and SDI multi viewer. Built into the IO are 4k to HD signal down convert on both SDI and HDMI. Redundant Dual Power Supply balance the power load and are lined to the user interface to provide warning if a PSU fails.

Advanced Record Modes
Beyond a simple recorder, the Shogun Studio 2 offers a number of different record modes that make it suited for a wide range of uses. Pre Roll: Continually cache record 8 seconds in HD or 2-3 seconds in 4k to make sure you never miss the action.

Multi Camera ISO Recording and Switching
Record up to 8 SDI inputs from cameras at up to 1080 p60. Each bank of 4 inputs also benefits from a switched output allowing you to have 2 video switched or mange more feeds than you may have input for on your video mixer.

Image Analysis & QC
• The 7” Monitors provide accurate viewing of content as well as a host of tools for image analysis.
• Wave Form Monitors – offer Luma, RGD parade, Vector Scope with Vector zoom.
• 1:1 and 2:1 zoom – allow for operators to punch in to check shots for focus, exposure and which is perfect when used in combination with a remote camera control unit.
• Focus peaking, zebra and false color – allow for further image QC checks to be remotely monitored from a distance in conjunction with control via a separate camera control unit.
• Audio monitoring – providing VU meters for up to 12 channels of embedded audio with the ability to monitor individual tracks and select which tracks to record.

Fast Act Dual Record Button
The Shogun Studio 2 also includes a hardware button that allows for both channels to be set to start recording. Pressing the button on the front of the unit for 4 seconds will set both channels to start to record. With SSDs inserted and sources connect you can switch from playing back clips to dual recording in under 10 seconds or even if the devices is not turn on to jump to recording from a cold boot in under round 20 seconds.

Metadata Tagging, Cut Edits & EDL XML
Atomos improve the speed of your end-to-end workflow, allowing for fast turn around of content, edits, highlight packages, creation of dallies and preparation of content for ingest into Media Asset Management environments. Make edit decisions on the fly and in review with a choice of 10 tags. You can start to favorite or reject clips while you record and then Review, cut and tag in playback mode. Assemble clips to create a linear playlist of your favorite clips and instantly push these out to live screens, directors’ viewing monitors, galleries etc. Marked in and out points are carried right through to your edit with the export of edit decisions lists in XML that can be imported with clips in to Apple or convert the XML for use in Avid or Adobe. Scene, Shot and take naming criteria allow for storage management systems to identify clips and start to orchestrate projects or even create pre-populated bins.

Playback & Playlist
Complementing the record and monitoring tools are the ability to play out at up to 60p and HD HFR rate at reduced speeds. 4k and HD content in the same visually lossless quality as the input. Play lists can be created from clips either recorded on an Atomos recorder or from your edit system in a supported codec, resolution and framerate. Group clips to be played in either a run down or reverse order with out the need for a spate playout server. Mark in and out points to create sub clips, loop the playlist or a single file or for single clips mark in and out puts for looped play back. 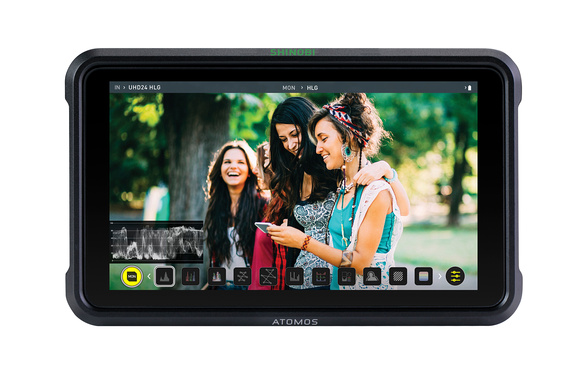 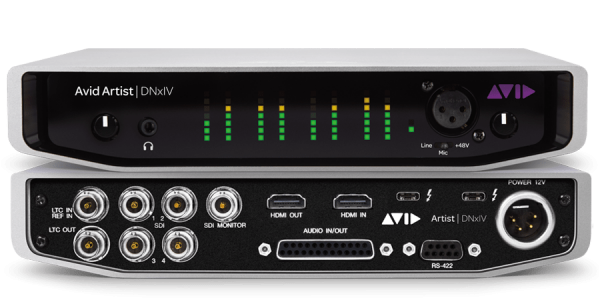